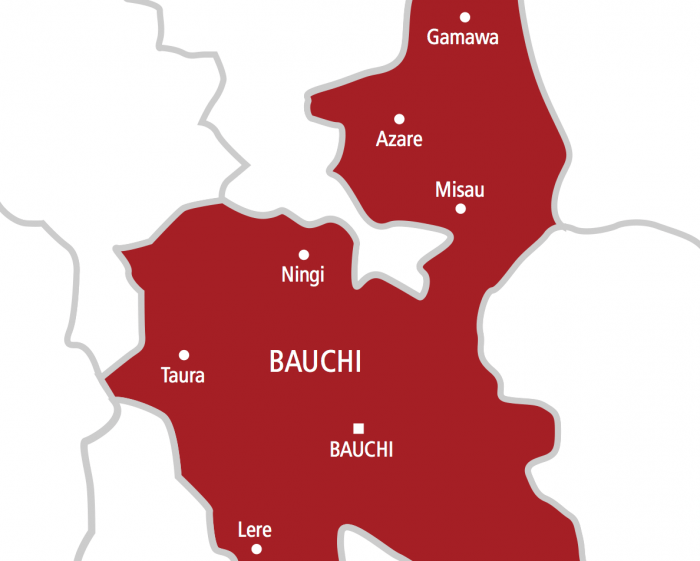 Speaker of the Bauchi State House of Assembly, Rt. Hon. Abubakar Suleiman has said that the 9th Assembly under his leadership has done creditably well since its inauguration last year.

The Speaker stated this yesterday when he received in audience, leadership of the Nigerian Youth Parliament led by the Commissioner, Bauchi State Ministry of Youth and Sports Development, Hon. Adamu Manu Soro who paid him a courtesy visit in his office.

In a press statement issued by the spokesperson of the Speaker, Abdul Burra, he said his boss pledged to continue to work with the youths for the development of the state.

According to him, “Legislation, representation and oversight are the major functions of legislative arm in a democratic government, I want to tell you that the 9th Assembly of Bauchi State has done creditably well in discharging the functions.”

He further explained that the House under his watch is very conscious of the youth’s contribution and roles in the development of the society, thus he will always support them to excel.

According to the Speaker, youths and women are very important, they have essential roles to play in the democratic processes.

Adding that, that informed his decision to consider them central in his policies and programmes including in the appointment of his aides who are mostly youths.

On the harmonious working relationship existing between the Assembly and the Executive, the Speaker attributed it to the patriotism and commitment of the lawmakers toward the development of the state.

“Whenever we are in Bauchi State House of Assembly, we put our party differences aside and put Bauchi State first. Whatever the Executive brought, if we are certain it will lead to the progress of Bauchi State we approve it.

“Some people thought you must fight the Executive before you are seen as independent and any good rapport between the two arms is perceived as the Executive pocketing the Legislature.

“This is a wrong notion. We are all elected to serve our constituents. We must support each other to be able to deliver democracy dividends to the people of the state. Luckily for us our governor was a parliamentarian, he understands our work and always listen to us even if we have disagreement,” he said.

The Speaker who said youths are the backbone of any society, as such, attention must be given to them in terms of education and employment.

Rt. Hon Suleiman who pledged to support the establishment of Nigerian Youth Parliament in Bauchi State advised the youth parliamentarians to be focused, hardworking and avoid any ill behaviour.

Earlier, the leader of the delegation and Commissioner, Bauchi State Ministry of Youths and Sports Development, Hon. Adamu Manu Soro said the youth parliamentarians are in Bauchi State for an oversight function to see the giant strides of Governor Bala Mohammad.

In his remarks, the Speaker, Nigerian Youth Parliament, Mubarak Mijinyawa said that the purpose of their visit to the Speaker was to intimate him about their activities and tap from his wealth of experience.

According to him, the Nigerian Youth Parliament is a training ground for young people to understand the workings of the Legislature. It was established by the late President Umaru Musa ‘Yar’adua in 2008 because of the importance of youth inclusion in governance.

He commended the Speaker for his role in the progress of Bauchi State and for strengthening democracy and surrounding himself with youths which he said reveals his support for youths participation in governance.

Mijinyawa who said they have gone round the state and have seen the successes recorded by Governor Bala Mohammed, maintained that without the support of the lawmakers it wouldn’t have been possible.